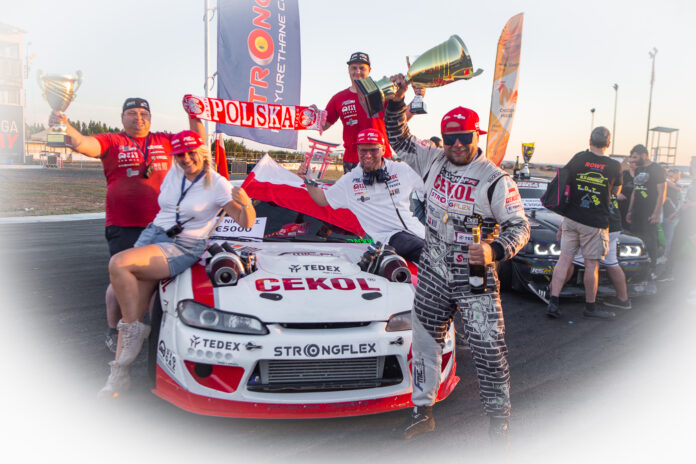 The Polish drivers literally swept this year’s Drift battles in Europe with this achievement attained by two namesakes, the two Piotr…

The Drift Masters Championship (DMEC) was won by Piotr Wiecek, whilst the Drift Kings International Series Championship was secured by an acquaintance of ours, Piotr Kozlowski.

We saw the Pole throughout the year competing with two of our own drivers, Giorgos Christoforou and Andros Antoniou, who followed the Drift Kings championship this year. 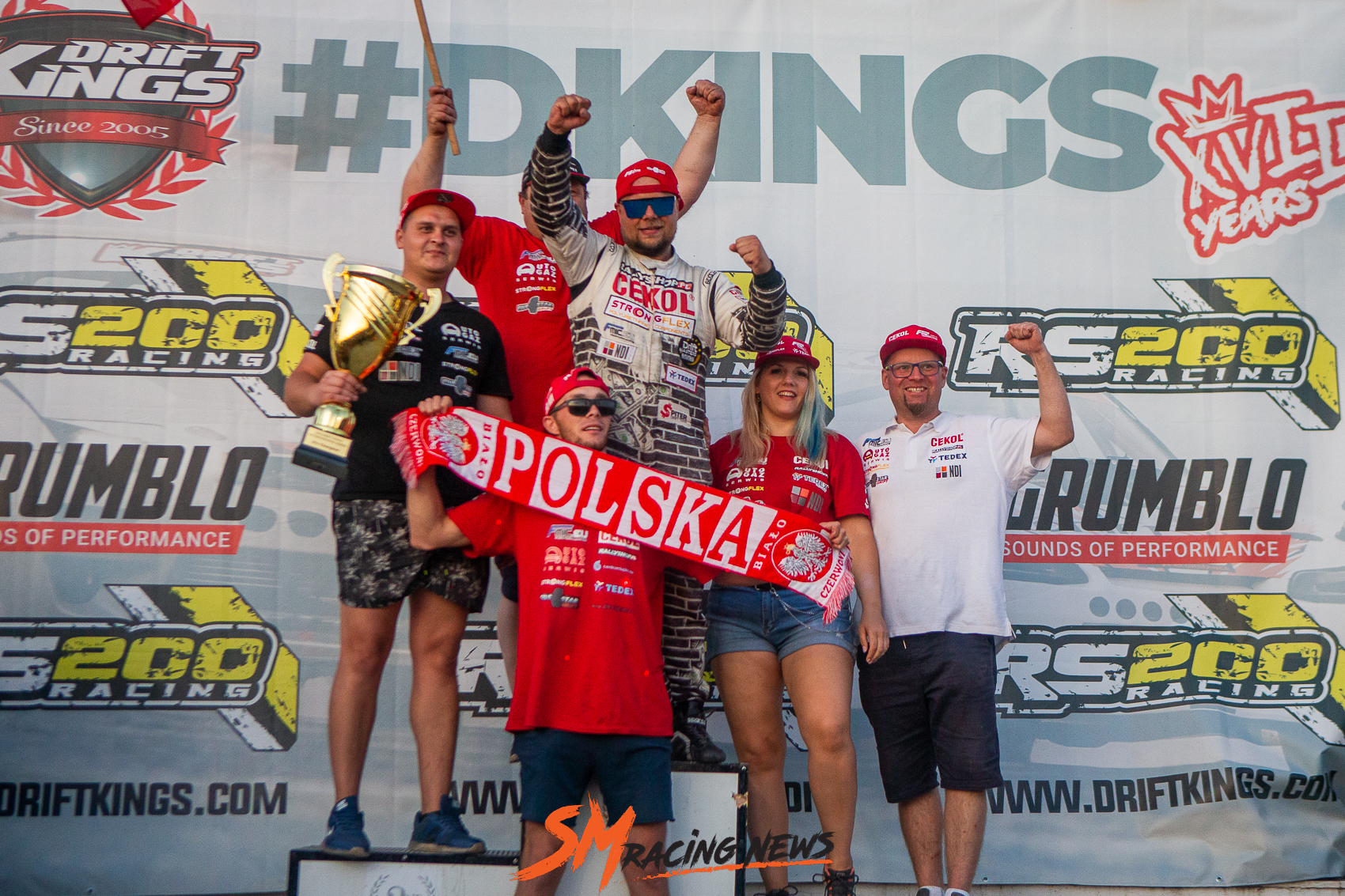 In the last race of the Drift Kings championship, Kozlowski sealed the title followed by the Cyprus vs Europe race, where again the champion emerged victorious.

We had a chance to chat with Piotr a.k.a Piter Kozlowski and he told us a lot!!

Extremely happy, it’s a huge success, which I still haven’t been able to believe and process.

I started drifting when I was 10 years old, back when I was a little boy, when I got the keys to my dad’s FIAT 125. A car like the 125 I enjoyed driving in second gear and lose traction without even knowing what drift was.

I think even talking to you right now here in Cyprus, after the end of the championship, I have not yet realized that I am the champion.

At the end of the championship, during the last two rounds in Greece, too many friends talked about victory, and I didn’t want to disappoint them, but despite the difficulties, I managed to seal the win.

Every lap was different, and every track was different. I like the technical tracks alongside the fast ones, I love the mountain championship or racing in the city. The most important thing for me is that I love to drift, and I can drive anywhere.

I would love to go to the mountain race in Nigrita and Cyprus.

I put all my energy into Drift Kings this season, I only took part in two races in the Polish DRIFT OPEN.

I bought the Nissan a year ago from a very famous workshop in Poland that builds and maintains cars, even Piotr Wiecek’s. I bought it without an engine – I put in a V8 bi turbo and… so the DOMINATOR was born.

For the last eight years I have always driven a BMW, I started with an E36 boasting 200hp, then an E30 with 400hp, followed by the first M with a V8 AMG engine, another E30 with a V8 lS3 and the next the E92 with a 2JZ. The next decision was to prepare a monster with a V8, a Nissan, so I put that engine. The Nissan is lighter than the new BMW and there is a very large selection to choose from when it comes to Drifting and I like that.

I want the man, the player, the athlete, to be the best. That’s why I want to drive with the highest level of drivers, I don’t have a preference.

I love the Chase because I stick within inches. But lately I like to be in the front so that I can correctly follow the lines that the judges ask for.

I love driving in the wet, as it rains very often in Poland and in the neighboring countries. At my drift academy, which I’ve been running for the past three years, there’s always water because I think more can be learned when it’s wet – drifting is like slow motion. 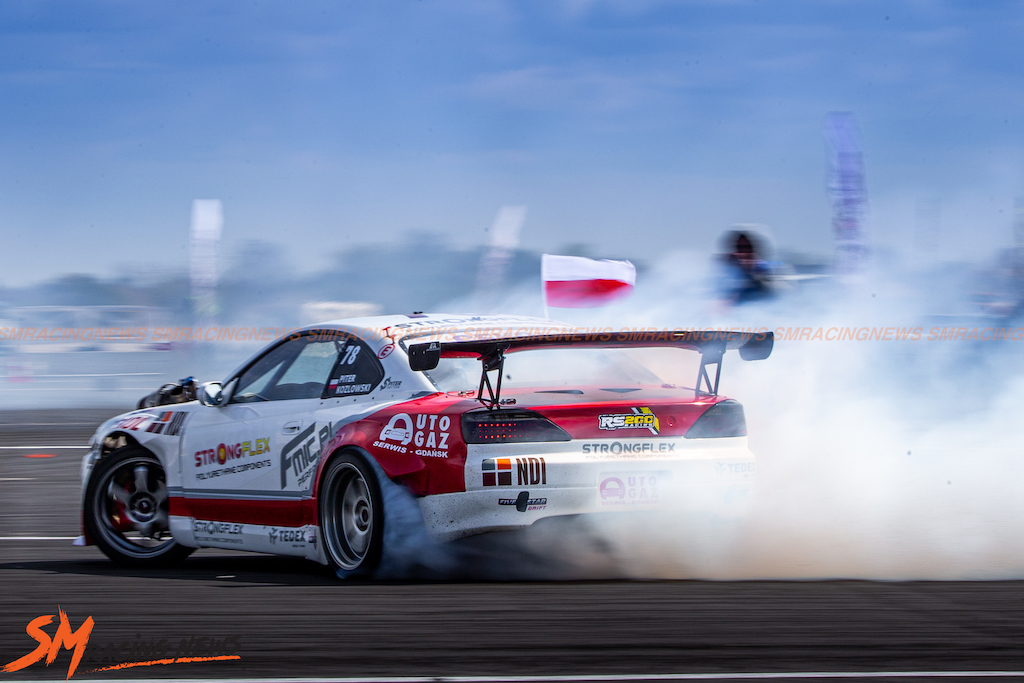 I think if I had any weakness’s I wouldn’t be the European Champion and I wouldn’t have won the big finals in Cyprus, but the big gift; I have super support from my family, my wife, friends, engineers and sponsors – I love my whole team because every winner deserves everybody.

I think youngsters should start drifting at the age of 9 to 10 because they don’t feel fear and they learn very quickly. An ideal car in my opinion is a BMW, like the E46 coupe or compact with a 2.0-2.8 engine.

You need to have a sense of distance, feel for your car and have a gunball.

I don’t think so, but it really depends on the driver, I like my car and my sponsor’s colors. 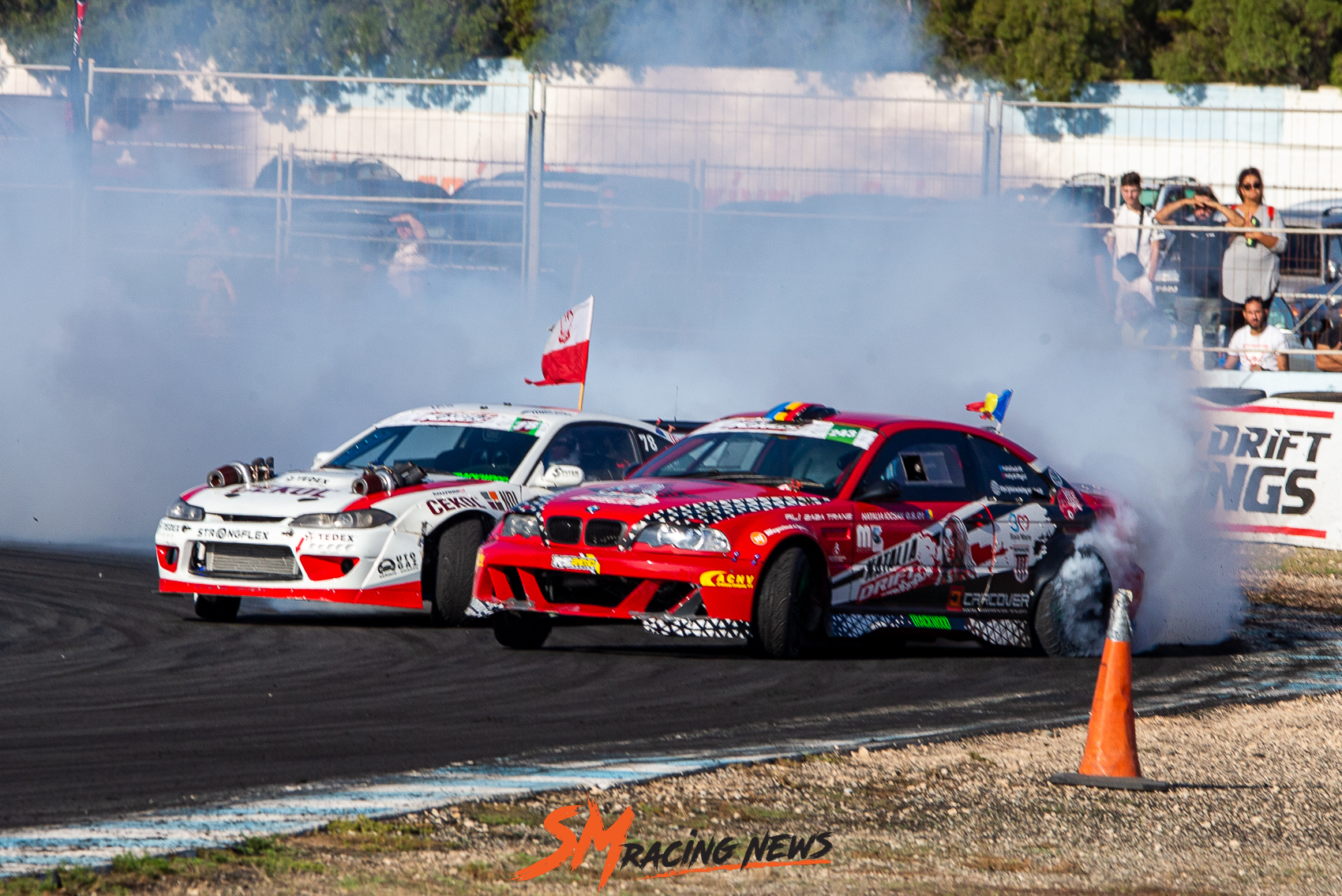 I treat the competition as fun, I try not to eat too much, and I have support from my friend Dariusz who sometimes gives me healing energy.

I have a great team! There is the tire manager, GLIMOS ZDZISLAW who deals with the delivery of what we call black gold, a specific mixture that is suitable at a any given time, there is the mechanic Edi who changes tires and checks the fuel and there is my previously mentioned friend Dariusz, who repairs and maintains the Dominator and takes role as the spotter during the matches – he is a man orchestra.

I also have great sponsors whom we have worked with for several years – CEKOL, NDI team, TEDEX who have the best racing oil, FMIC who supply the best components, STRONGFLEX who produce the best ultra-strong polyurethane, RALLYSHOP who dress me in such nice uniforms, DRIFT GLOB – which supplies the five-star tires and AUTO GAZ SERWIS, owned by DAREK, it is his workshop that prepares the DOMINATOR before every race. 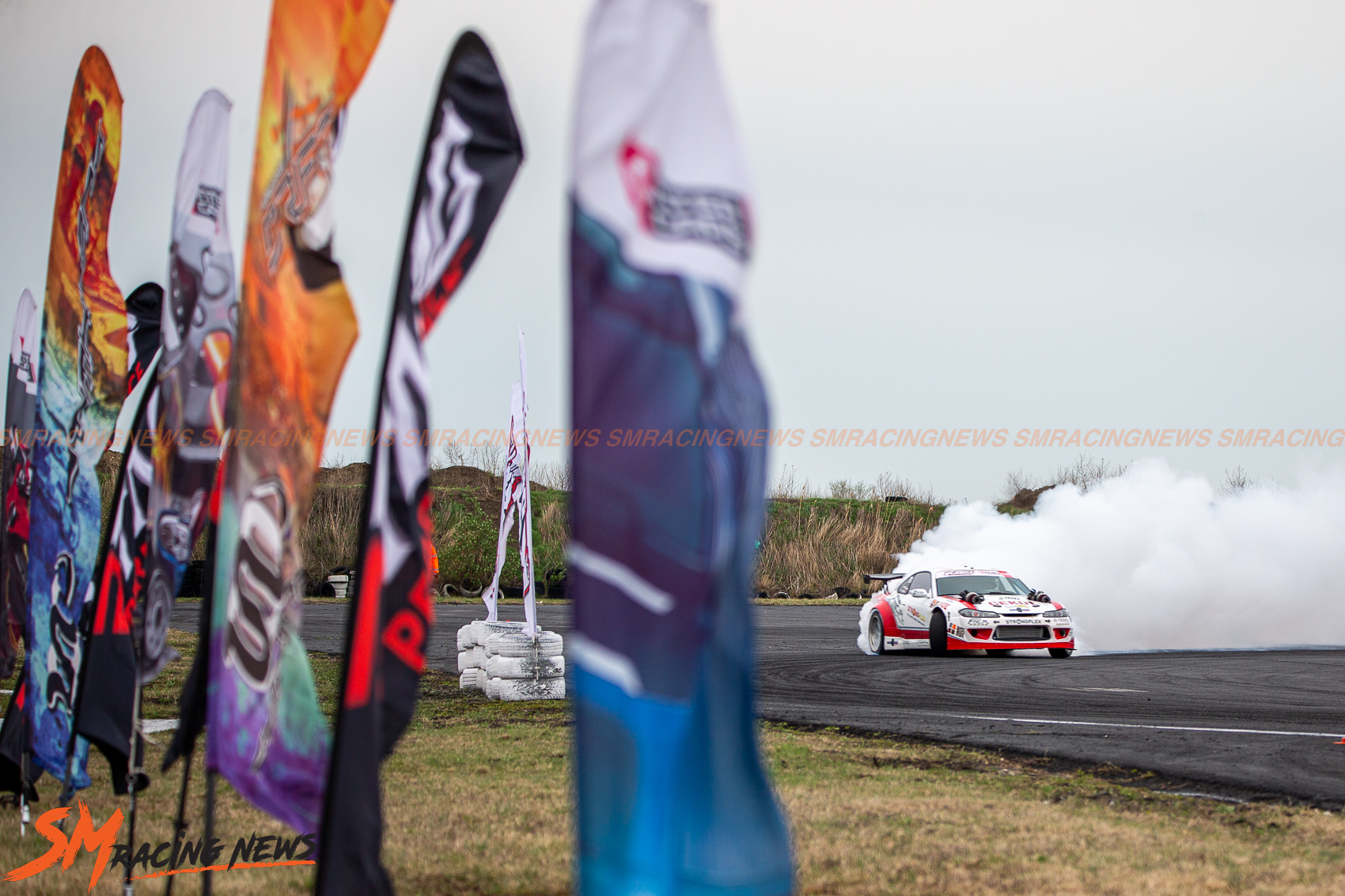 At this point, it’s still hard to make plans for 2023 – we’ll definitely be showing up at the Drift Kings races and I hope we’ll have you with us and rooting for us to WIN!

Finally, we would like to thank you for your time, congratulate you once again for winning the Drift Kings championship and wish you all the best and hope to see you again.